read
After years of perseverance, Simone Biles prioritized wellbeing over her dream for gold. Was it the right choice? 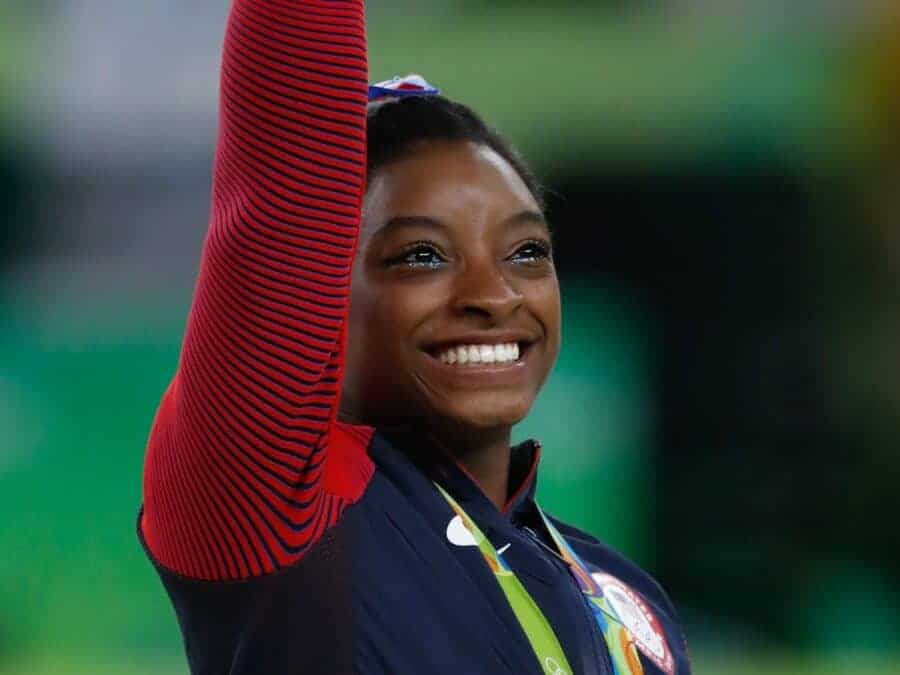 If you have watched Simone Biles twist and turn throughout the air in astonishment, you are not alone. Simone Biles has proven herself to be the GOAT of gymnastics and competitive sports across the board (even across genders). The world eagerly waits to see her “triple-double” on the floor and her double pike on the vault. You are probably surprised and disappointed to hear that she pulled out of the team finals competition, leaving her teammates to step into her massive shoes. Jordan Chiles expressed in the press conference, “I thought I would only do two events today, but you know, being able to put my feet in huge shoes at the end of the day is definitely a huge thing because no matter what, we are a team.”

USA Gymnastics “only” won the silver medal; should we blame Simone? There are other factors to consider when questioning performance. Any leader, as Simone proves, must learn when to act and when to let their teammates shine. While Simone Biles is the most talented member of her team, she exemplifies how instilling leadership throughout her team benefits everyone.

Simone’s step back from the team

Simone has worked exceptionally hard to sustain her profound and record-breaking career. No other gymnast has had such a successful (and long) career as Simone. There is no possibility that she took this decision lightly.

In the press conference, Biles explained, “I can’t risk a medal for the team….you usually don’t hear me say things like that [I can’t compete] because I’ll usually persevere and push through things but not to cost the team a medal….I had the correct people around me to do that….They stepped up and did what they needed to do, and more especially last minute, Suni [Lee] didn’t even get to warm up her floor passes until the 30-second touch.”

In a sport dominated by teenagers, where you are “old” at 18, Simone is getting better every year at 24. Simone has proven that with the right mindset, age is just a number. Anyone in any career can sustain performance with the discipline to maintain optimal health and energy. Simone has worked hard, getting better than ever and maintaining her health. All the USA Olympic marketing and advertising brand Simone as the “greatest of all time.” This should be her time to shine.

Mental health is her #1 priority

Simone expressed in the press conference, “put mental health first, because if you don’t, you’re not going to enjoy your sport, and you’re not going to succeed as much as you want to. So it’s ok sometimes to even sit out the big competitions to focus on yourself. Because it shows how strong a competitor and person that you really are rather than just battle through it. ”Gymnastics is both a physically demanding sport and a mentally daunting one. There is pressure for Simone to make the big, eye-catching flips; if she can’t execute with absolute certainty, it is too risky for her to perform at all. All the marketing around Simone is a lot of pressure. In her Instagram post on Monday, she mentioned, “I truly do feel like I have the weight of the world on my shoulders at times.” Simone proves that mindsets are not fixed and static; they must be maintained. She is not new to the Olympics, yet she is tentative.

Simone unpacks her emphasis on mindfulness in the press conference, “I just felt like it would be a little bit better to take a back seat and work on my mindfulness. I knew that the girls would do an absolutely great job and I didn’t want to risk the team a medal for my screw-ups because they worked way too hard for that. So I just decided that those girls need to go in and do the rest of the competition.”

Physical health must be there

Without your health, you can’t do much. To defy gravity, like Simone, you need exceptional strength and technique. Simone has been much hype to perform massive skills, yet in gymnastics, a “stuck” landing is still the gold standard. Simone has some of the most challenging landings to stick in the league, which undoubtedly impacts her ankles. You’ll notice that she wears supportive tape on her ankles in competition. Landing those massive flips to a complete and controlled stop is challenging and failing to do so is dangerous. Simone has been open about the “unreal” pain she feels in her ankles. While Simone is not attributing her withdrawal to injury, it possibly is a consideration.

Simone said in her press conference, “No injury, thankfully. And that’s why I took a step back because I didn’t want to do something silly out there and get injured. I thought it was best that these girls took over and did the rest of the job, which they absolutely did, they’re Olympic silver medalists now and they should be really proud of themselves for how well they did last minute having to go in. It’s been really stressful this Olympic Games.”

The Tokyo Olympics are certainly the most restrictive Olympics we have seen. There are limits on who can attend the games. It is isolating performing at such a high level without your family or auxiliary coaches and teammates. Never underestimate the importance of surrounding yourself with a support system. Simone has expressed the nature is not working. She said in her press conference how it is so challenging and isolating not competing with an audience. It must be harsh performing in a large arena with the echoes of empty seats.

Strategizing for the benefit of the team

The Olympics are about strategy. Just like in business, you never perform the most erratic and hefty services. A strong leader is prepared and confident enough to design a plan. In sports, you must do the same. Simone (and likely the coaches) knew competing was too risky in her current state. They were more likely to win using other teammates to fill her placements. So why was Simone there at all? Surely another gymnast from the Olympic trials would have relished and appreciated the opportunity to go to the Olympics. Even though Simone had some setbacks at the Olympic trials, you probably thought she was just pacing herself to peak in Tokyo.

Simone must be at the Olympics for her career, USA gymnastics’ reputation, and NBC’s ratings. If she performed, all those beneficiaries would have benefited, whether she stuck her landings or not. Yes, Simone could have competed since she is not officially injured, but a leader knows when to take a step back. The team won silver, which is remarkable since some gymnasts did not anticipate performing on certain events. If Simone competed and had too many errors, the USA could have won nothing. That failure could damage Simone’s branding as the “GOAT,” which would be a great disappointment to USA Gymnastics. Like any team, the powers that be include teammates that would be suitable “backups” in case Simone (or any of them) could not perform.

Simone lamented the pressure she is under being somewhat of a product. She said in the press conference, “we’re putting content out, so I don’t want to put anything out there that people wouldn’t view as nice. So I didn’t want to go out here and kind of end that series and that chapter on the note that we did. It could turn around for the better.”

This is an excellent example as to why they have a team. At the highest level, there still is no “I” in “team.” In business, you always have backup and contingency plans. The same applies to sports. Simone’s teammate, Suni Lee, expressed that they all became leaders thanks to Simone. Suni said in the press conference, “It was very emotional. But at that moment we all knew we needed to come together as a team and kind of build that leadership up together because we didn’t have Simone in that moment. Obviously, she came back out right after and gave us a pep talk, which was very helpful.”

While Simone has a storied career ahead of her, she wants to bring up the next generation of gymnasts. Her teammates Jordan Chiles, Suni Lee, and Grace McCallum look up to Simone intensely. They stepped up to perform when Simone couldn’t. Simone was thinking about the future of USA Gymnastics by allowing them to win silver. Simone said, “And that’s why we have teammates, because if somebody’s feeling down, you have to step up. And they did just that. So kudos to them.”

While Simone Biles is the most talented player on her team and “still the GOAT” is trending on Twitter, she exemplifies how instilling leadership throughout her team benefits everyone. Any leader must consider their part in creating the best outcomes for the entire team. Ego aside, sometimes letting your team perform in place of yourself is the best for everyone. Simone stepped to the side, allowing her teammates to perform more routines on the world’s most significant stage, ultimately winning the silver medal. She exemplifies the importance of optimal mental and physical health. Establishing a stable environment and strategy can make or break your goals. She shows why contagious leadership always wins. In the end, knowing when it’s the right time for your protégés to step up is a great way to be celebrated in your career.

What do you think about Simone stepping back? Was it the best choice for the team, or do you think she could have pulled through and won gold?

Tell us in the comments below!