Blog > 3 Signs You’re Not Getting Quality Sleep at Night

3 Signs You’re Not Getting Quality Sleep at Night 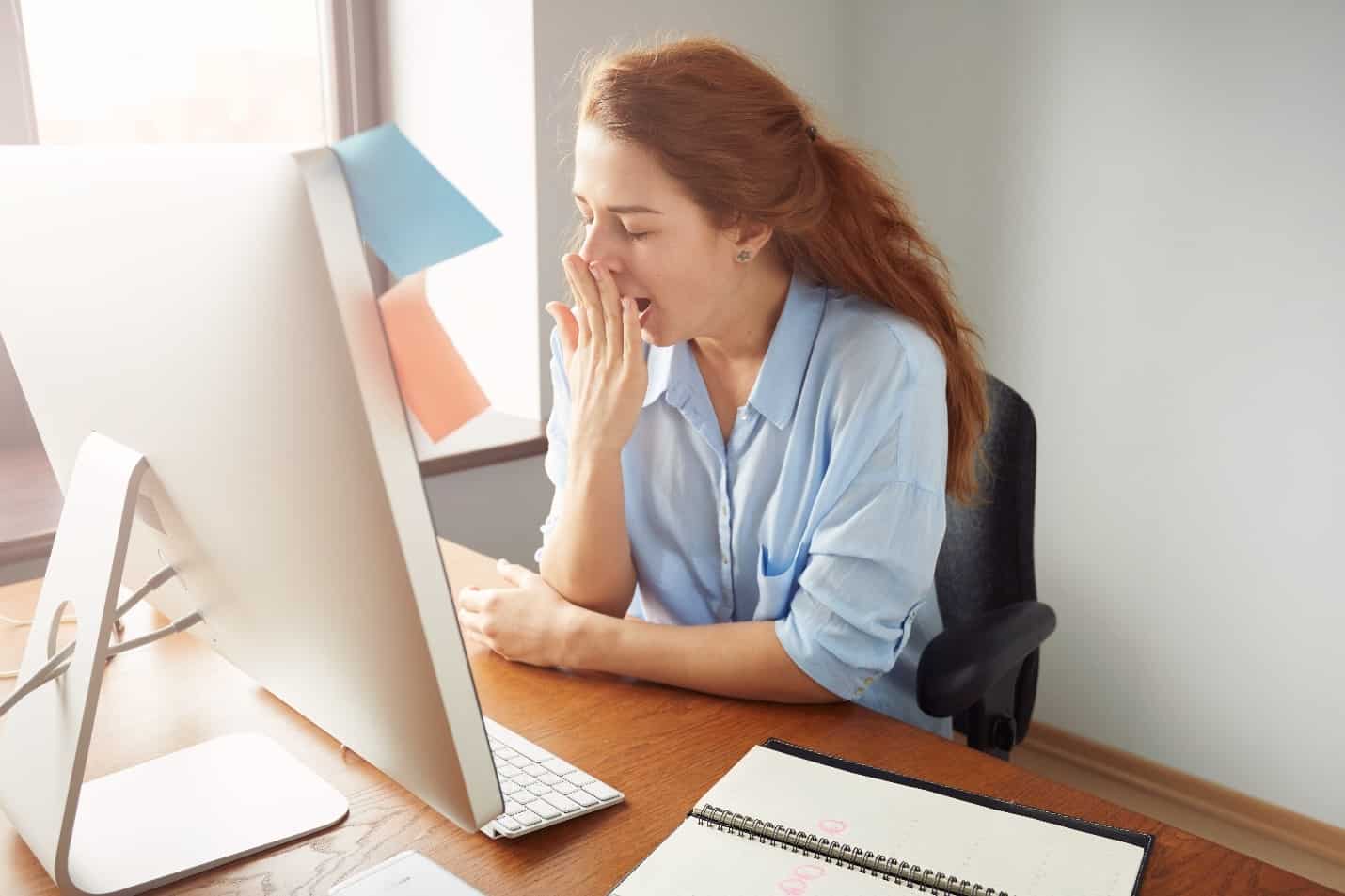 If you’re not getting at least seven hours of sleep every night, it’s likely impacting nearly every aspect of your life. However, many people struggle to recognize those impacts.

Here, we’re sharing some of the telltale (and surprising) signs you’re sleep-deprived so you can get better Zzzs and start seeing the results you need to optimize your health.

Many professionals view sleep deprivation as a badge of honor. After all, if you’re staying up late and waking up extra early the next day to finish that report or meet that deadline, it means you’re a hard worker, right? It means you’re more dedicated to your job or a stand-out member of the team, doesn’t it?

But while some may equate lack of sleep with a strong work ethic, sleep deprivation isn’t a good thing — and it may be impacting your work performance in some big ways, whether you realize it or not.

Arootah’s Founder and CEO Rich Bello knows the importance of sleep and he has learned to prioritize both getting it and recognizing sleep deprivation before it becomes a chronic issue.

In other words, if you’re sleep-deprived, you may not know it or recognize the origins of the symptoms you’re experiencing as a result of under sleeping.

“It’s also like the person who is obviously drunk but tells everyone they’re fine to drive as they stumble to grab their keys,” says Bello. “We tend to acclimate to a new low baseline level of awareness and energy, without realizing that we’re sleep-deprived. We never realize that our failure to sleep is impacting us from reaching our true potential.”

What is Sleep Deprivation and How Can You Recognize It?

So, what is quality sleep then, and what is true sleep deprivation?

According to the Centers for Disease Control and Prevention, if you’re an adult between ages 18 and 60, it’s recommended that you get at least seven hours of sleep each night. That cut-off amount is important.

Don’t just think that you can lower that necessary seven hours of sleep to six and not feel the effects. A Harvard Medical School study found that sleeping for only six hours per night for 10 consecutive days will make you just as impaired on the tenth day as a person who has been awake for the last 24 consecutive hours.

If you know you’re getting fewer than seven hours of sleep per night but you still haven’t been able to recognize the effects, let’s take a look at some of the hidden signs of sleep deprivation.

Often, busy professionals will stay awake an extra hour or two — or wake up far earlier than they should — in the name of getting more work done. However, this can be counterproductive if you’re not getting enough sleep. Sleep deprivation severely and negatively impacts your concentration and memory, as well as your focus and productivity.

As Bello notes, “Studies show that when college students cram for an exam and are sleep-deprived as a result, there’s a 40% deficit in the amount of material being retained versus those students who got a full night’s sleep and studied the following day right before the exam.”

In the Harvard study linked above, researchers looked at how sleep deprivation impacted judgment and attention, specifically in the context of driving, and found that subjects who underwent a singular sleepless night drove with the same level of impairment as subjects with a blood-alcohol level of 0.10%. You wouldn’t come to work with a blood-alcohol level of 0.10%, so why would you come to work with a similar impairment resulting from a lack of sleep?

Irritability is probably one of the most easily recognizable symptoms of sleep deprivation.

Let’s say you’re working long hours on a project, are on your third cup of coffee, and still aren’t feeling great. You might find that you snap at your loved one when they stop into your home office to check on you. While you might brush that incident off as stress-related irritability, it’s equally possible that sleep deprivation is exacerbating your stress and, therefore, your irritability.

If you’re trying to lose weight or create a healthier lifestyle for yourself overall, sleep deprivation can throw a wrench into your plans.

According to recent Mayo Clinic research, people who get insufficient sleep tend to consume more calories than people who get sufficient sleep and consequently accumulate more fat (specifically unhealthy fat in the belly). Compared to those in the study’s control group, researchers observed a 9% increase in total abdominal fat and an 11% increase in abdominal visceral fat among those under-sleeping subjects.

Why is this the case? The study suggested that inadequate sleep triggers visceral fat deposition — even if you’re catching up on sleep during certain days of the week or decreasing calorie intake.

How to Get Better (and More) Sleep

If you’re dealing with unexplained weight gain, moodiness, and/or a lack of concentration and productivity, it’s common to turn to exercise, meditation, or working harder. But these things may not improve your health.

Instead, your problems might be traced back to insufficient sleep.

There are many steps you can take to improve your sleep quality and quantity, including:

Getting a good night’s sleep is essential for your overall health. There are many signs that you might need more sleep. If you notice any of the symptoms above, don’t wait to take the necessary actions to treat your sleep deprivation.

Now that you know some of the signs you may be sleep-deprived, read on for seven recommendations for getting your best night’s rest.