Seaweed Is Seeing Its Way Into the Future 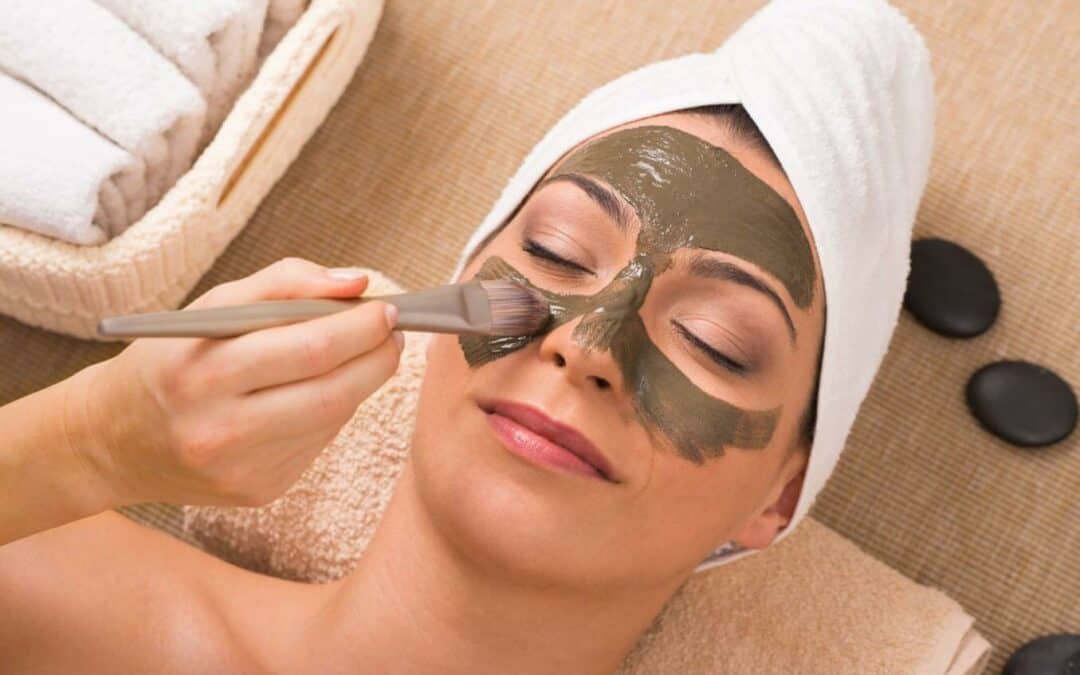 You’ve probably heard about seaweed in products, but did you know of its numerous health and beauty benefits? From decorative to nutritive, seaweed has many wonderful forms and uses. It seems to be everywhere lately, from sushi rolls to smoothies and being one of the most traditionally used ingredients globally among food and beauty products. Scientists and researchers are continuously learning more about seaweed and discovering innovative ways in which it can be used to solve global problems. Seaweed can also be enjoyed and appreciated for its beauty in nature. While it has proven to be one of the most ancient and tested ingredients, there are increasingly new and beneficial uses for it today.

Historical studies suggest Ancient Romans and Greeks used seaweed for burns, wounds, and rashes. Ancient Greeks also used it as animal food, and Egyptians have used it to treat breast cancer. South Pacific Islanders grew it in their gardens, and some ancient Hawaiian cultures even harnessed toxic seaweed to kill their enemies with one scratch of their spear.

Japanese Geishas are famed for their impeccable skincare routine using all-natural products designed in an age before industrialization, e.g., fish, green tea, seaweed, and rice. Many Geisha routines include seaweed as a dietary supplement and in pastes for rich hair and luscious skin. Tatcha products – inspired by the Geishas – are beloved for their natural origins and incredible results. Check out their Dewy Skin Cream if you are looking to incorporate Okinawan Red Algae into your beauty routine.

What scientists know about seaweed

For scientists, seaweed is a diversity of photosynthetic, multicellular aquatic organisms from water bodies, such as microalgae and giant kelp forests. Seaweed is a foundational species that captures the sun’s energy and supports a beautiful menagerie of aquatic life in coastal regions, from anemones to garibaldis and sea otters.

Today, seaweed is an industrial product with global production volumes of over thirty million tons per year for applications across agriculture, chemicals, energy, food, and fertilizer. In the mid-2000s, before the hydraulic fracturing revolution, biotech-driven energy companies earned significant VC funding with dreams of using algae as a carbon-neutral biofuel of the future. Today, many different strains are under investigation for use in the mass production of bioactive compounds, e.g., carotenoids (e.g., lutein, zeaxanthin) and tocopherols (e.g., antioxidant food additives, Vitamin E compounds). Researchers at Notpla have developed rapidly compostable plastic films, nets, and sachets from brown seaweed – innovators know no limits.

Seaweed is a carbon-negative crop that can consume greenhouse gases (GHGs) over 50x faster than terrestrial forests with significant potential in carbon capture efforts to fight against climate change. Specific seaweed varieties can even reduce GHGs from the animal protein industry through a feed supplement that alters the cattle microbiome and minimizes methane in belching and flatulence. But with the rapid uptick in the seaweed industry over the last several decades, operations must protect the communities and ecosystems along the seaweed supply chain to enable a thriving long-term sector. The ASC-MSC Seaweed Standard is leading the way for the future potential of sustainable seaweed production from aquaculture and wild supplies. This internationally recognized certificate encourages organizations to focus on long-term growth by minimizing their operations’ impact. Cultures across the world embrace the unique culinary and medicinal benefits of seaweed. People living near the coasts are known for their longevity and vitality. In traditional Japanese culture, seaweed is a dietary supplement, a godsent for beautiful skin, and shinsen Shinto offerings. The oldest people in the world enjoy seaweed and macroalgae as part of their diet. Coaches at Arootah, like Elaine Moen, who is studying to be an Ayurvedic doctor, are excited by the opportunities that seaweed presents in the search for the best options for longevity, health, and wellness.

The well-known bladderwrack (Fucus vesiculosus) is an especially interesting seaweed for its use as a nutritional supplement and rejuvenating skin product. Oral supplements are available in several online apothecaries and expound on the bladderwrack benefits for healthy digestion, immune response, thyroid operation, and bone-joint function. Many people use topical bladderwrack creams and washes to detoxify, rehydrate, and renew their skin health. Some studies even suggest bladderwrack can reduce the appearance of cellulite and promote collagen production.

Bladderwrack is high in antioxidants (e.g., phlorotannins, fucoxanthin), iodine (i.e., for thyroxine hormone synthesis), polysaccharides (e.g., alginic acid, fucoidans), and Vitamin A & Vitamin C. Numerous studies have highlighted the multitudes of potential benefits from bladderwrack across several body systems and functions. Phlorotannins and fucoxanthin supplements are both under intense investigation, and clinical trials for the possible treatment of both metabolic disorders and neurodegenerative conditions. As a concentrated source of iodine, bladderwrack supplements could play a role in carefully managing thyroid disorders. These physiological responses vary on an individual basis. The potential beneficial physiological effects of unique polysaccharides are only just being discovered. Fucoidans are of interest for researchers investigating compounds with potent anti-dermatitis, anti-inflammatory, antioxidant, and anti-tumor potential.

How to enjoy the beauty of seaweed

At Arootah, we are beyond excited for eco-friendly tourism in a COVID-safe world where we can explore the bounty of indigenous flavors from sustainably managed local ecosystems. If you enjoy reaching for pinnacle experiences, you may find diving into kelp forests to be a transformative, therapeutic journey. The aquatic biodiversity and beauty of the Catalina Island Kelp Forests and Monterey Bay National Marine Sanctuary along the coast of California are breathtaking reminders of the unknown beauty and depths of all that surrounds us. For your above-ground experience, head to Spain; Chef Ángel León has mouth-watering creations using the quinoa-like small grains from Zostera marina seagrasses at Aponiente.

While seaweed is one of the most ancient and tested ingredients of all time, there are new and innovative uses for it today. We can learn from both our ancestors’ traditions and scientific discoveries on the benefits of seaweed. There are so many creative ways to apply seaweed to your life. Give seaweed a chance to transform your life. Leave a comment and tell us how you might incorporate seaweed into your health regimen or where your journeys will take you this summer. 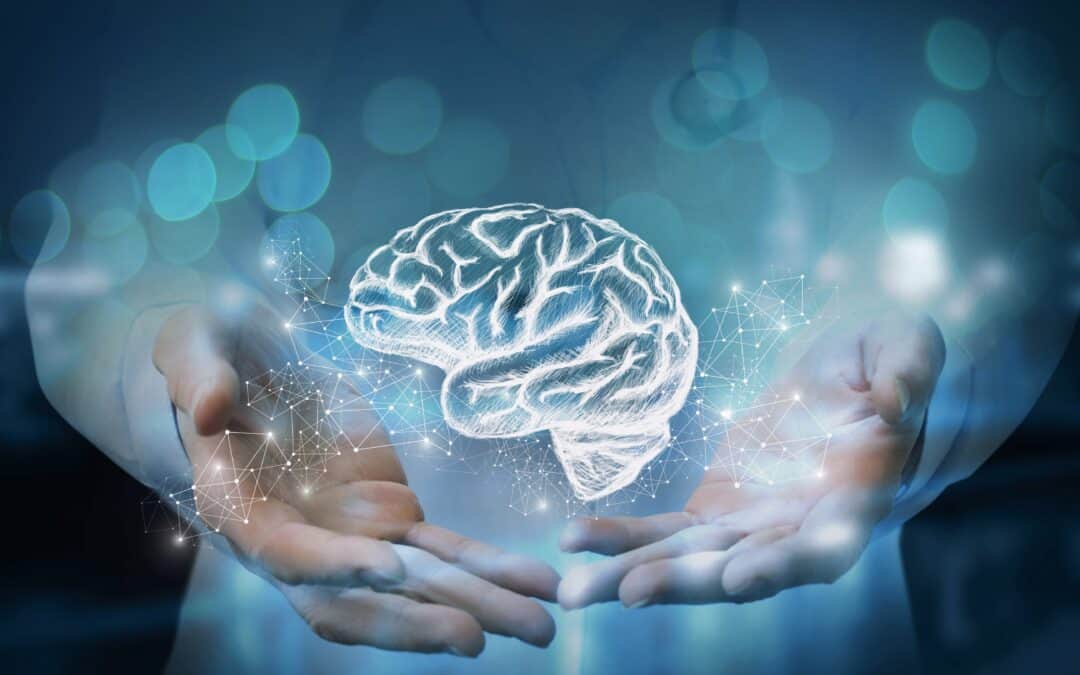 It’s all about the brain. From blood pressure to the microbiome, intermittent fasting optimizes everything necessary for brain health. 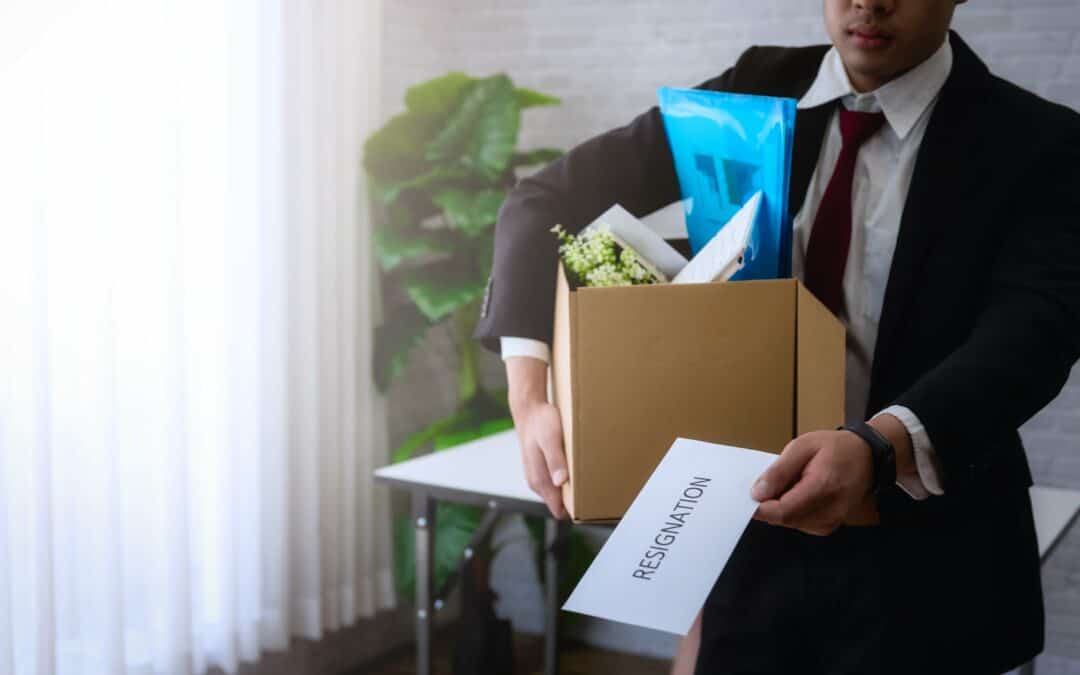 Approach the Summer of Quitting with Success

Post-COVID, it’s the “summer of quitting.” People are redefining work-life balance for what’s important. But before you quit, read this. 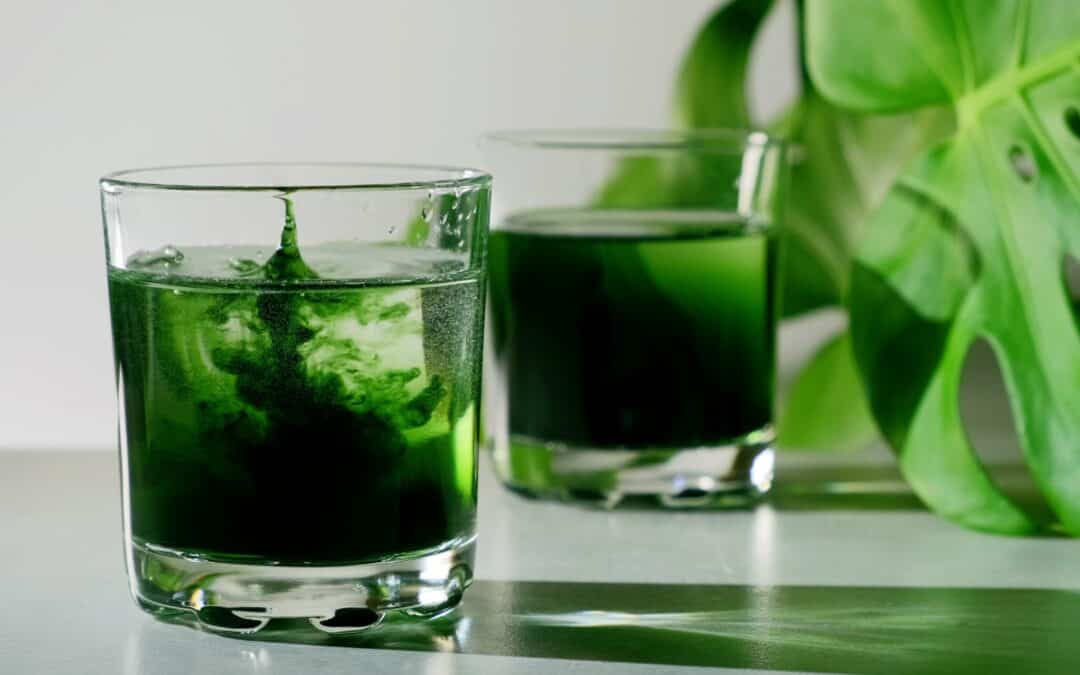 Is Chlorophyll Worth the Hype?

While chlorophyll water and supplements have been around for years, you’ve probably noticed their... 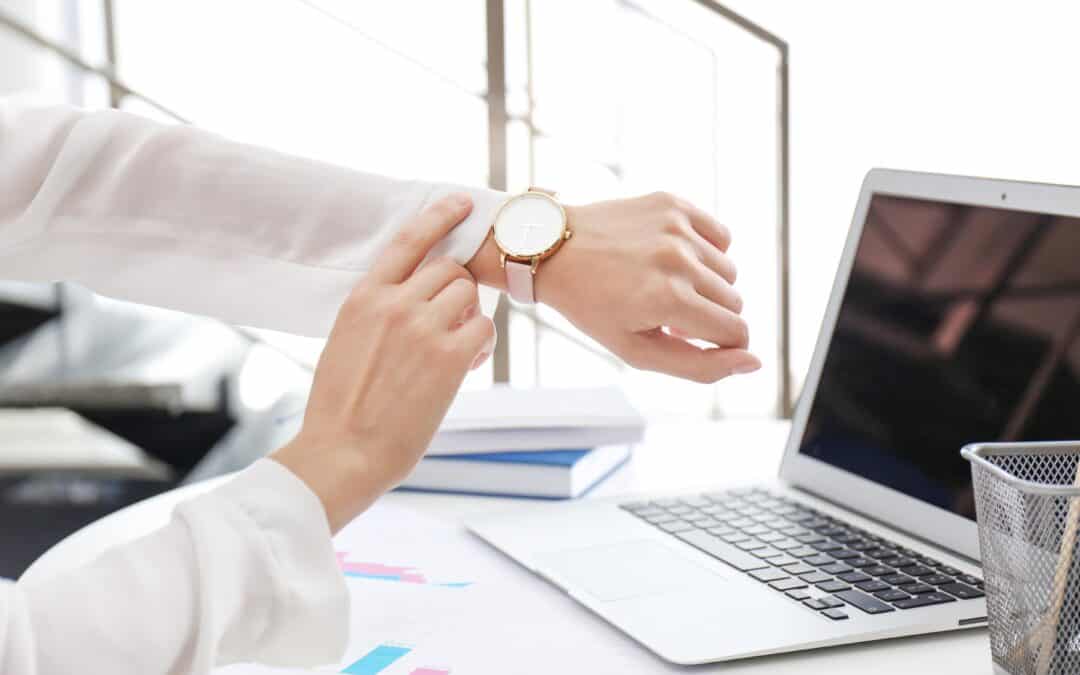 Procrastinate Mindfully to Increase Your Efficiencies

Procrastination isn’t wrong if you do so mindfully. Strategic procrastination can deliver fantastic results, right on time. Here’s how. 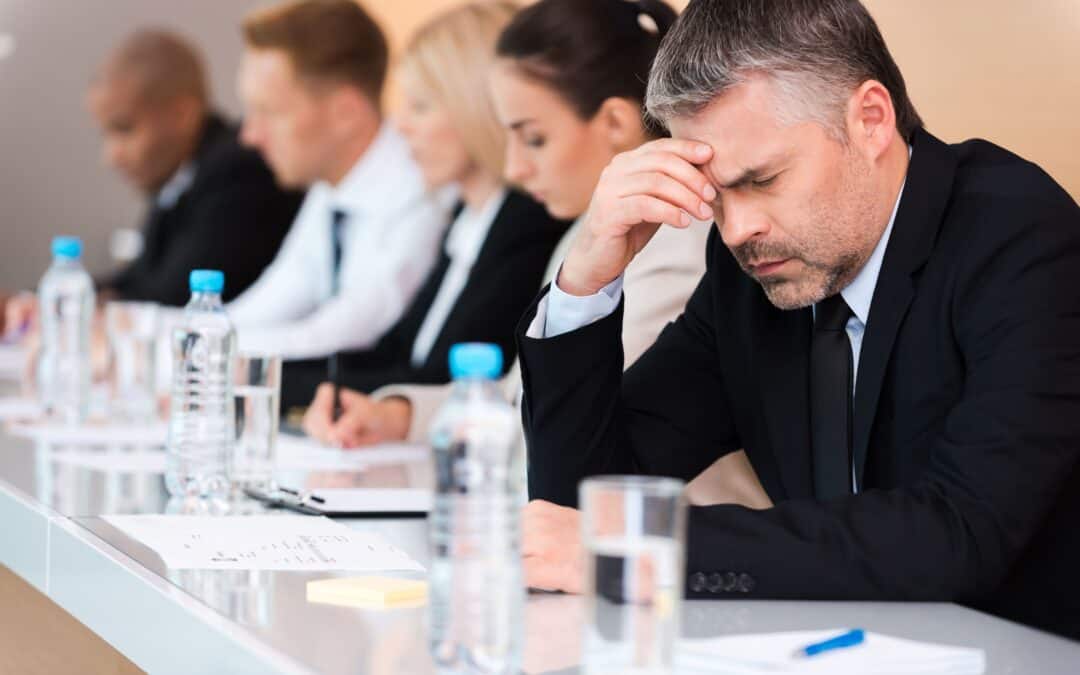 How to Avoid Analysis Paralysis 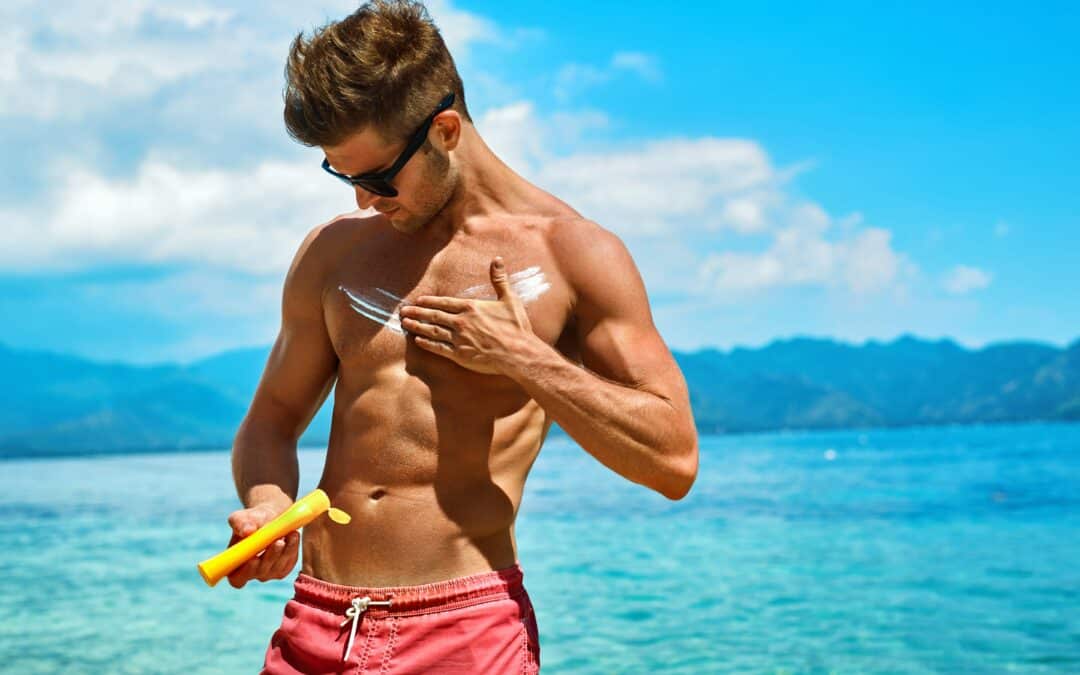 Why You Should Know the Differences Between Chemical and Physical Suncreens

While you may be meticulous about your skincare routine, prevention is key to long-term skin...